When the dates started coming in, two at a time, McKillop identified a building construction sequence that began in the Late Classic at the height of Maya civilization and continued through the Terminal Classic when the dynastic leaders of inland city states were losing control and eventually the cities were abandoned by A.D. 900.

by TheStrangeTales
in Ancient, Featured, Science
A A

The ancient Maya had stone temples and palaces in the rainforest of Central America, along with dynastic records of royal leaders carved in stone, but they lacked a basic commodity essential to daily life: salt. The sources of salt are mainly along the coast, including salt flats on the Yucatan coast and brine-boiling along the coast of Belize, where it rains a lot. But how did the inland Maya maintain a supply of salt?

LSU Maya archaeologist Heather McKillop and her team have excavated salt kitchens where brine was boiled in clay pots over fires in pole and thatch buildings preserved in oxygen-free sediment below the sea floor in Belize. But where these salt workers lived has been elusive, leaving possible interpretations of daily or seasonal workers from the coast or even inland. This gap left nagging questions about the organization of production and distribution.

New findings on the organization of the salt industry to supply this basic dietary commodity to inland cities during the Classic Maya civilization are reported in a recent article by McKillop and LSU alumna Cory Sills, who is an associate professor at University Texas-Tyler. The article “Briquetage and brine: Living and Working at the Ek Way Nal Salt Works, Belize” was published in the journal Ancient Mesoamerica. 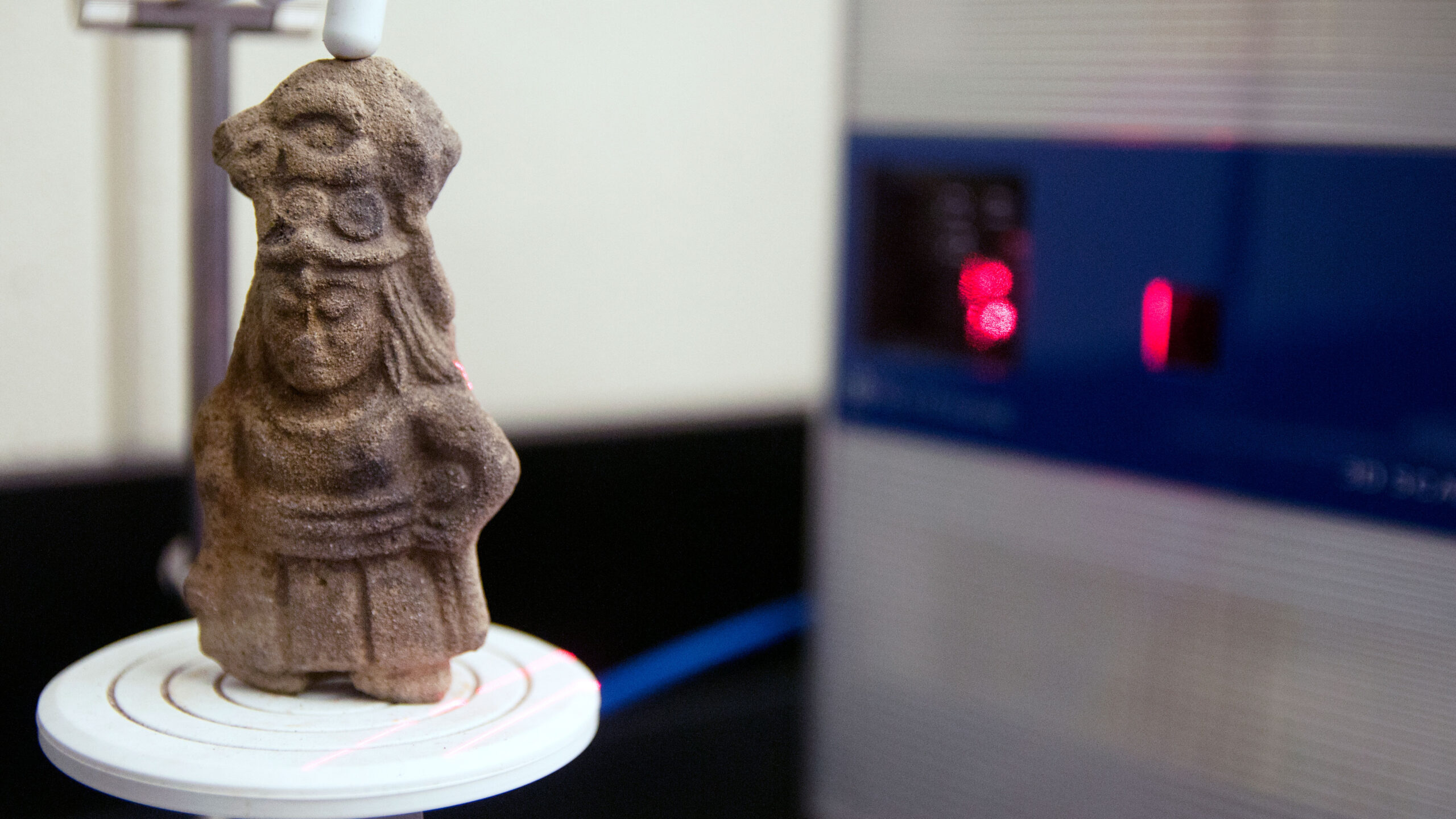 McKillop and Sills began this new project in search of residences where the salt workers lived and to understand the energetics of production of salt with funding from the National Science Foundation. Although field work at Ek Way Nal, where the Paynes Creek Saltworks is located, has been postponed since March 2020 due to the pandemic, the researchers turned to material previously exported for study in the LSU Archaeology lab, including hundreds of wood samples from pole and thatch buildings, as well as pottery sherds.

“The Archaeology lab looks like a Tupperware party, with hundreds of plastic containers of water, but they are keeping the wood samples wet so they don’t dry out and deteriorate,” said McKillop, who is the Thomas & Lillian Landrum Alumni Professor in the LSU Department of Geography and Anthropology.

She explained the strategy to continue research in the lab: “I decided to submit a wood post sample for radiocarbon dating from each building at Ek Way Nal to see if they all dated to the same time, which was suggested by the visibility of artifacts and buildings on the sea floor.”

When the dates started coming in, two at a time, McKillop identified a building construction sequence that began in the Late Classic at the height of Maya civilization and continued through the Terminal Classic when the dynastic leaders of inland city states were losing control and eventually the cities were abandoned by A.D. 900.

According to McKillop, “Using the well-studied site, Sacapulas, Guatemala, as a model, worked well to develop archaeological expectations for different activities for brine boiling in a salt kitchen, a residence and other activities, including salting fish.”

In the Ancient Mesoamerica article, they report a 3-part building construction sequence with salt kitchens, at least one residence and an outdoor area where fish were salted and dried. The archeologists’ strategy of radiocarbon dating each building had produced a finer grain chronology for Ek Way Nal that they are using for more sites.

The new analysis verifies McKillop’s estimate that 10 salt kitchens were in production at a time at the Paynes Creek Salt Works, which she reported in her book “Maya Salt Works” (2019, University Press of Florida).

“The research underscores the importance of radiocarbon dating each pole and thatch building at the salt works in order to evaluate production capacity of this dietary necessity. The research also shows the value of individually mapping artifacts and posts on the sea floor at the underwater sites in order to interpret building use. Using Sacapulas salt works as a model from which to develop archaeological correlates fits with Ek Way Nal and suggests the Maya living permanently at the community were engaged in surplus household production of salt that was well integrated in the regional economy, allowing them to acquire a variety of nonlocal goods,” she said.

Materials provided by Louisiana State University. Note: Content may be edited for style and length.

The Maya civilization (/ˈmaɪə/) was a Mesoamerican civilization developed by the Maya peoples, and noted for its logosyllabic script—the most sophisticated and highly developed writing system in pre-Columbian Americas—as well as for its art, architecture, mathematics, calendar, and astronomical system. The Maya civilization developed in the area that today comprises southeastern Mexico, all of Guatemala and Belize, and the western portions of Honduras and El Salvador. It includes the northern lowlands of the Yucatán Peninsula and the highlands of the Sierra Madre, the Mexican state of Chiapas, southern Guatemala, El Salvador, and the southern lowlands of the Pacific littoral plain. “Maya” is a modern term used to refer collectively to the various peoples that inhabited this area. They did not call themselves “Maya” and did not have a sense of common identity or political unity.[1] Today, their descendants, known collectively as the Maya, number well over 6 million individuals, speak more than twenty-eight surviving Mayan languages, and reside in nearly the same area as their ancestors.

The Archaic period, before 2000 BC, saw the first developments in agriculture and the earliest villages. The Preclassic period (c. 2000 BC to 250 AD) saw the establishment of the first complex societies in the Maya region, and the cultivation of the staple crops of the Maya diet, including maize, beans, squashes, and chili peppers. The first Maya cities developed around 750 BC, and by 500 BC these cities possessed monumental architecture, including large temples with elaborate stucco façades. Hieroglyphic writing was being used in the Maya region by the 3rd century BC. In the Late Preclassic a number of large cities developed in the Petén Basin, and the city of Kaminaljuyu rose to prominence in the Guatemalan Highlands. Beginning around 250 AD, the Classic period is largely defined as when the Maya were raising sculpted monuments with Long Count dates. This period saw the Maya civilization develop many city-states linked by a complex trade network. In the Maya Lowlands two great rivals, the cities of Tikal and Calakmul, became powerful. The Classic period also saw the intrusive intervention of the central Mexican city of Teotihuacan in Maya dynastic politics. In the 9th century, there was a widespread political collapse in the central Maya region, resulting in internecine warfare, the abandonment of cities, and a northward shift of population. The Postclassic period saw the rise of Chichen Itza in the north, and the expansion of the aggressive Kʼicheʼ kingdom in the Guatemalan Highlands. In the 16th century, the Spanish Empire colonised the Mesoamerican region, and a lengthy series of campaigns saw the fall of Nojpetén, the last Maya city, in 1697.

Rule during the Classic period centred on the concept of the “divine king”, who was thought to act as a mediator between mortals and the supernatural realm. Kingship was patrilineal, and power normally passed to the eldest son. A prospective king was expected to be a successful war leader as well as a ruler. Closed patronage systems were the dominant force in Maya politics, although how patronage affected the political makeup of a kingdom varied from city-state to city-state. By the Late Classic period, the aristocracy had grown in size, reducing the previously exclusive power of the king. The Maya developed sophisticated art forms using both perishable and non-perishable materials, including wood, jade, obsidian, ceramics, sculpted stone monuments, stucco, and finely painted murals.

Maya cities tended to expand organically. The city centers comprised ceremonial and administrative complexes, surrounded by an irregularly shaped sprawl of residential districts. Different parts of a city were often linked by causeways. Architecturally, city buildings included palaces, pyramid-temples, ceremonial ballcourts, and structures specially aligned for astronomical observation. The Maya elite were literate, and developed a complex system of hieroglyphic writing. Theirs was the most advanced writing system in the pre-Columbian Americas. The Maya recorded their history and ritual knowledge in screenfold books, of which only three uncontested examples remain, the rest having been destroyed by the Spanish. In addition, a great many examples of Maya texts can be found on stelae and ceramics. The Maya developed a highly complex series of interlocking ritual calendars, and employed mathematics that included one of the earliest known instances of the explicit zero in human history. As a part of their religion, the Maya practised human sacrifice. /Wikipedia/