Custodio and Snider, 29, were arrested for trafficking in fentanyl, possession of a controlled substance, and conspiracy

by TheStrangeTales
in Conspiracy, Dangerous
A A

FORT MYERS, Fla. (AP) — A Florida sheriff’s deputy is facing charges that he conspired to arrest an innocent person on drug charges in exchange for sexual favors and a trip to Paris.

“Nobody is above the law, and that includes our deputies,” Marceno said.

Investigators said Charles Custodio, 37, had a vendetta against the victim and promised Irizarry he would provide the trip and would arrange for the sex if he made the arrest. Custodio then had a third man, Scott Snider, pose as a real estate agent and plant drugs in the person’s car, investigators said.

Custodio then told Irizarry where he could find the victim. Investigators say Irizarry then performed a traffic stop and arrested the victim on drug charges.

Custodio and Snider, 29, were arrested for trafficking in fentanyl, possession of a controlled substance, and conspiracy.

It could not be determined Saturday if the three men have attorneys.

The Lee County Sheriff’s Office is the primary law enforcement agency for Lee County in the state of Florida located in Fort Myers, Florida. Founded in 1887, the Office of the Sheriff has a duty to enforce both the Florida Constitution and Florida state laws and statutes, and to provide for the security, safety and well-being of its citizens. This is accomplished through the delivery of law enforcement services, the operation of the Lee County Jail, and the provision of court security. The Office of the Sheriff functions as the Executive Officer of the court. 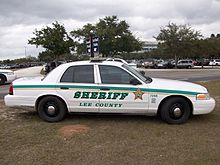