According to Japanese mythology, the stone is believed to have hosted an evil spirit and be so powerful that it kills anyone who comes in contact with it

by TheStrangeTales
in Featured, Paranormal
A A

According to the mythology surrounding the Sessho-seki, or killing stone, the object contains the transformed corpse of Tamamo-no-Mae, a beautiful woman who had been part of a secret plot hatched by a feudal warlord to kill Emperor Toba, who reigned from 1107-1123.

According to Japanese mythology, the stone is believed to have hosted an evil spirit and be so powerful that it kills anyone who comes in contact with it

​After the stone’s split in two on March 5th, Japanese locals and online users have raised concerns of the stone continually spewing out poisonous gas. 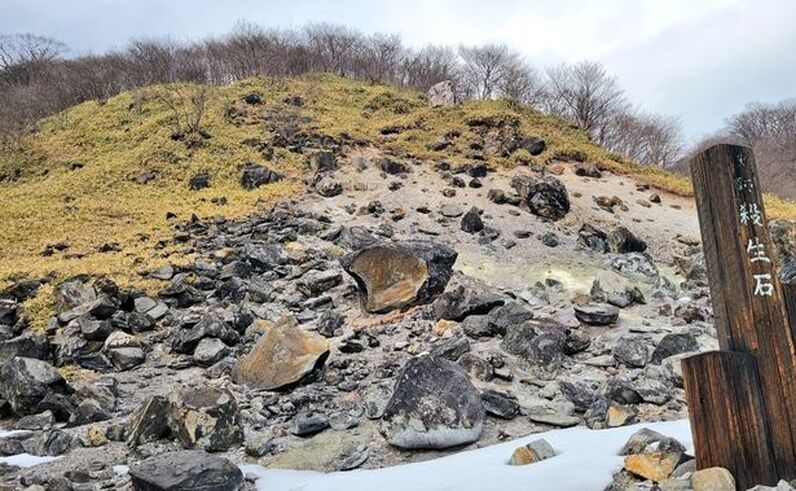 ​After news of the stone breaking made light, people have taken to social media to share their concerns and theories.

​Local and national government officials will meet to discuss the stone’s fate, according to the Shimotsuke Shimbun. The newspaper quoted a Nasu tourism official as saying he would like to see the Sessho-seki restored to its original form – presumably with its demonic inhabitant sealed within. 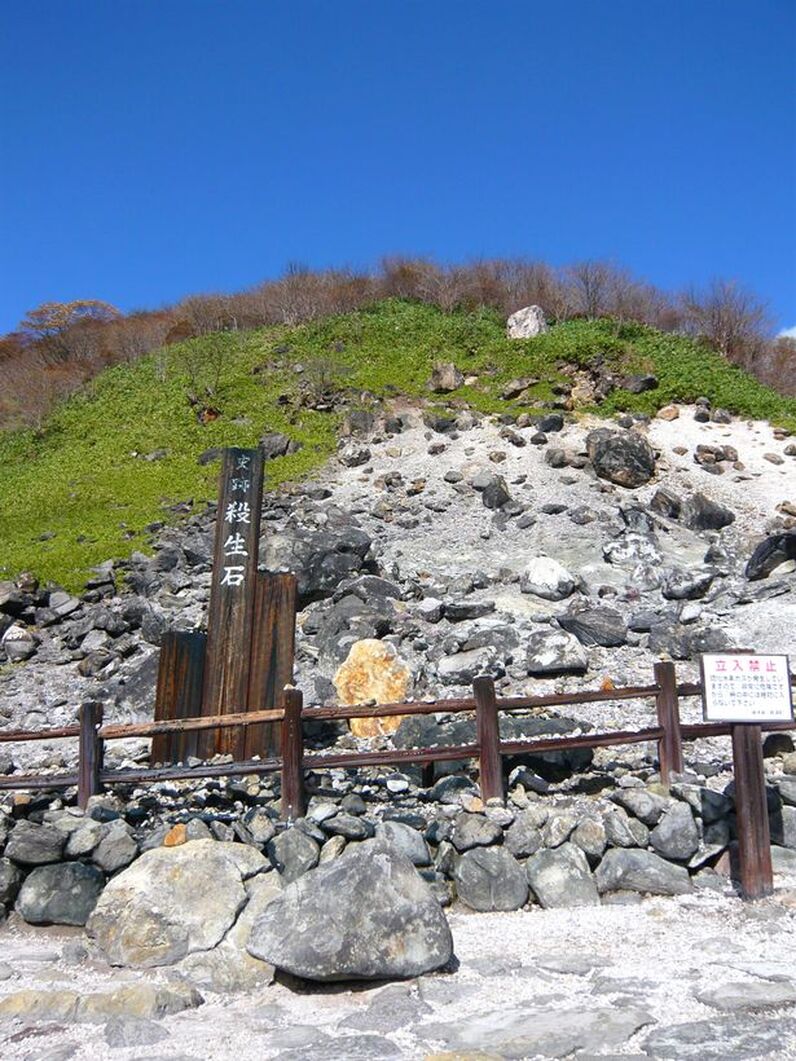 The Sessho-seki (殺生石, Sesshōseki), or “Killing Stone”, is a stone in the volcanic mountains of Nasu, an area of Tochigi Prefecture, Japan, that is famous for sulphurous hot springs. In Japanese mythology, the stone is said to kill anyone who comes into contact with it.[1] In Japan, rocks and large stones in areas where volcanic toxic gases are generated are often named Sessho-seki (殺生石), meaning Killing Stone, and the representative of such stones is this one associated with the legend of Tamamo-no-Mae and the nine-tailed fox.[2]

The stone is believed to be the transformed corpse of Tamamo-no-Mae, a beautiful woman who was exposed as a nine-tailed fox working for an evil daimyō plotting to kill Emperor Toba and take his throne. According to the otogi-zōshi, when the nine-tailed fox was killed by the famous warrior named Miura-no-suke, her body became the Sessho-seki. Later, a Buddhist priest called Genno stopped for a rest near the stone and was threatened by the spirit of Tamamo-no-Mae. Genno performed exorcism rituals and begged the spirit to consider her salvation. Tamamo-no-Mae relented and swore never to haunt the stone again.[2]

It was reported on March 5, 2022 that the stone had split into two parts, likely as a result of natural weathering. Some netizens expressed their fear of the exorcised Kitsune.[3] On 26 March 2022, the local government had priests host a ceremony to appease the spirit and pacify the beast at the site with prayers, offerings, and waving haraegushi upon the split rock. A thick mist later covered the area following the ceremony, which some believed might represent something supernatural.[4]