The Moon Has Enough Oxygen to Sustain 8 Billion People For 100,000 Years

Minerals such as silica, aluminum, iron, and magnesium oxides dominate the moon’s surface. All of these minerals include oxygen

by TheStrangeTales
in Science
A A

Although the moon has an atmosphere, it is extremely thin and primarily composed of hydrogen, neon, and argon. This is not a gaseous mixture that can support oxygen-dependent species like humans.

There is an abundance of oxygen on the Moon. It is just not in a gaseous state. Rather, it is trapped within regolith, the lunar surface’s covering of rock and fine dust. Is there enough oxygen taken from regolith to sustain human life on the Moon?

Oxygen can be found in a wide range of minerals found in our environment. Furthermore, the Moon is primarily made up of the same minerals as Earth (although with a slightly greater amount of material that came from meteors).

Minerals such as silica, aluminum, iron, and magnesium oxides dominate the moon’s surface. All of these minerals include oxygen, but in an inaccessible form to our lungs. 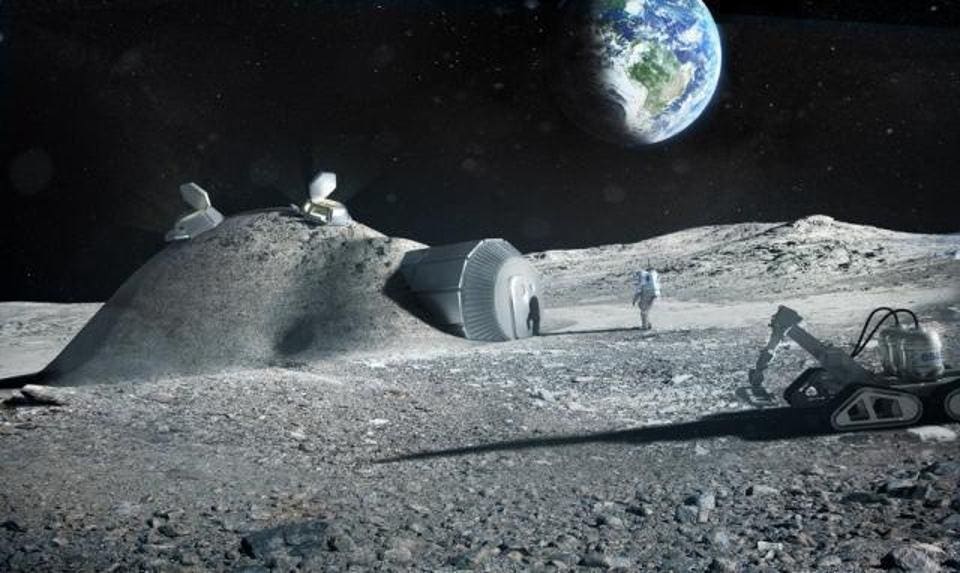 On the moon, these minerals can be found in a variety of forms, including hard rock, dust, gravel, and stones that cover the surface. This material is the result of meteorites hitting the lunar surface over millennia.

The Moon’s regolith is around 45 percent oxygen. That oxygen, however, is intricately related to the minerals listed above. We must expend effort to destroy such strong ties.

You may be familiar with this if you are familiar with electrolysis. This process is commonly employed in manufacturing on Earth, such as the production of aluminum. To separate the aluminum from the oxygen, an electrical current is passed through electrodes through a liquid form of aluminum oxide (commonly known as alumina).

In this condition, oxygen is produced as a byproduct. The major product on the moon would be oxygen, but aluminum (or another metal) would be a potentially important byproduct.

It’s a simple operation, but there’s a catch: it uses a lot of energy. It would need to be fueled by solar energy or other moon-based energy sources to be sustainable.

Earlier this year, Space Applications Services, a Belgian company, announced the construction of three experimental reactors to improve the electrolysis process for creating oxygen. They intend to fly the device to the Moon as part of the European Space Agency’s in-situ resource utilization (ISRU) mission in 2025.

However, how much oxygen might the moon provide if we succeed? Quite a bit, as it turns out. 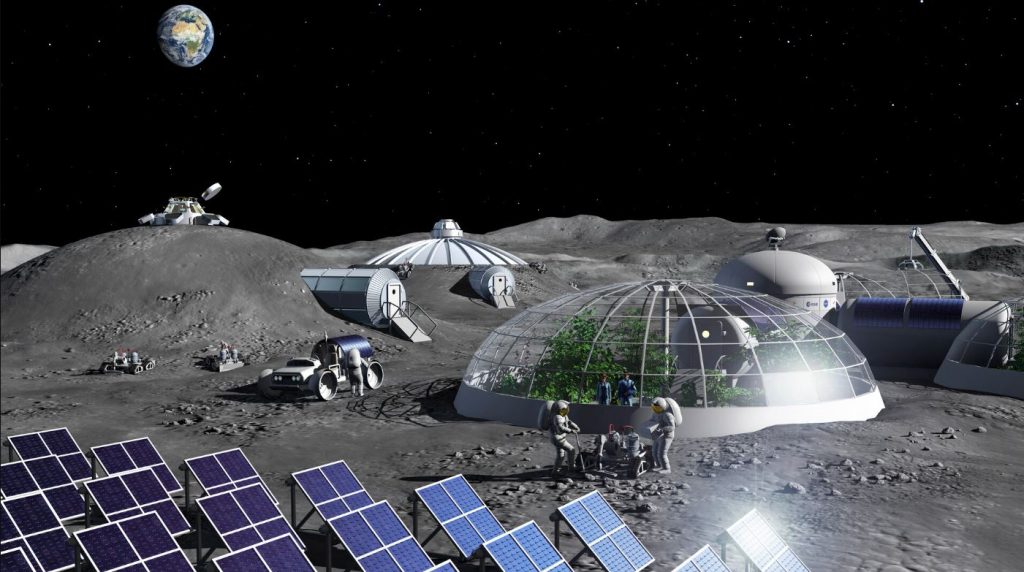 We can make some educated guesses if we ignore the oxygen locked in the moon’s subsurface hard rock material and concentrate just on the regolith that is easily accessible on the surface.

Lunar regolith contains around 630 kilograms of oxygen per cubic metre and contains an average of 1.4 tonnes of minerals (35 sq ft). According to NASA, humans require approximately 800 grams of oxygen every day to survive. Thus, 630 kg of oxygen would be enough to keep a human alive for about two years (or just over).

Assume for the moment that the average depth of regolith on the Moon is roughly 10 meters and that we can extract all of the oxygen from it. This means that the top ten meters of the Moon’s surface would have enough oxygen to sustain the Earth’s eight billion inhabitants for around 100,000 years.

This would also be dependent on our ability to gather and use oxygen correctly. Regardless, this statue is quite amazing!

Having said that, we on Earth really have it pretty well. And we should do everything possible to conserve the blue world — particularly its soil — which sustains all terrestrial life without our intervention.

Max Laughlin and his controversial theory: CERN sent us to a parallel universe?

Cyborgization: People Will Be Able To “Go To The Cloud” And Leave Their Physical Bodies

Max Laughlin and his controversial theory: CERN sent us to a parallel universe?

Asteroid Size of Chrysler Building Traveling at 13,100 MPH Towards Earth