The mystery that lasts: What is the connection between Costa Rica and the oldest country in the Balkans

The territory of Bosnia and Herzegovina was once again discussed as a location of ancient civilizations, much older than the conventional view of the human past

by TheStrangeTales
in Ancient, Featured
A A

The discovery of a new stone ball in Zavidovići in March 2016 had a sensational impact all over the world. The Archaeological Park: Bosnian Pyramid of the Sun Foundation organized a broad media campaign to present this prehistoric phenomenon.

The territory of Bosnia and Herzegovina was once again discussed as a location of ancient civilizations, much older than the conventional view of the human past.

We addressed the faculties in Serbia and Bosnia and Herzegovina with the samples, and now we present the analyzes we have obtained. Miodrag Jovović, a graduate geologist from Belgrade, volunteered for a petrographic (macroscopic and microscopic) analysis of a stone ball sample, concluding that the “texture is massive” with the presence of “quartz, muscovite, iron oxide, magnetite” and “carbonate base” is basal cement. The presence of energetically active elements is obvious.

At the Faculty of Mining, Civil Engineering and Geology, University of Tuzla, the density of solid particles (the ratio of the mass of particles to its volume) was determined. Master of Geology Mersudin Hodžić signed a report in which the density value of 2.64 g / m3 was determined. 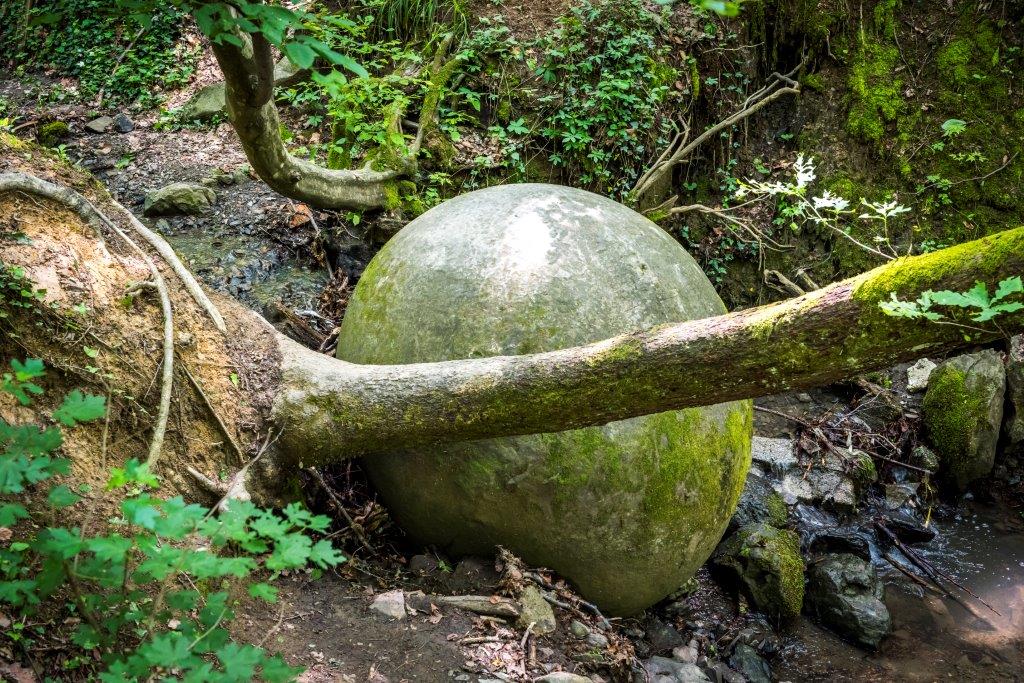 “The volume of the stone ball is equal to the value of 14.14 m3. Weight in kilograms, after that, is easy to determine by multiplying the density (“specific weight”) and volume. The mass of the stone ball in Zavidovići is 37.32 tons!

I saw large granodiorite stone balls in Costa Rica, the largest of which weighed 25 tons. In western Mexico, near the town of Ahualco, at the location of “Piedras bolas”, volcanic rock balls reach 35 tons.

By measuring the stone ball in Zavidovići and comparing it with the largest balls in Central America so far, I confirm that the Bosnian stone ball is the most massive and largest in the world.”

Carved stone balls are petrospheres dated from the late Neolithic to possibly as late as the Iron Age mainly found in Scotland, but also elsewhere in Britain and Ireland. They are usually round and rarely oval, and of fairly uniform size at around 2+3⁄4 inches or 7 cm across, with 3–160 protruding knobs on the surface. They range from having no ornamentation (apart from the knobs) to extensive and highly varied engraved patterns.[2] A wide range of theories have been produced to explain their use or significance, with none gaining very wide acceptance.

They are not to be confused with the much larger smooth round stone spheres of Costa Rica. /Wikipedia/