Even though this strange story was written in 2008, it is still little known among ufologists.

by TheStrangeTales
in Ancient, Conspiracy, UFO
A A

The woman said she only disclosed her story because she wants to die through euthanasia and has nothing to lose. According to Matilda: she was the driver of a car that transported a particular military official, Cavitt,

It was told by Matilda McElroy, a well-educated and trained woman who claimed to have seen extraterrestrial bodies in Roswell and telepathically spoke with one of them.

In December 2020, History Channel premiered a three-part series based on the journals of military commander Jesse Marcel Sr., who led the investigation into the enigmatic Roswell incident in July 1947.

Marcel specifically mentions in his findings that the fragments found in New Mexico ‘are simply not made by human hands.”

Following the popularity of this film, the Roswell event resurfaced, and some researchers “found” Roswell’s prior hidden story of a nurse who telepathically spoke with the lone extraterrestrial survivor of a UFO crash.
Matilda O’Donnell McElroy was the Women’s Army Medical Division’s oldest sergeant. Matilda, then 83, phoned ufologist Laurence Spencer in 2007 to say she didn’t want to be carried to the burial.
Many people have been slain in order to eliminate the possibility of revealing the knowledge that I have worked to keep hidden from society thus far. Only a small number of people on the planet have seen and learned what I’ve been required to keep concealed for the past 60 years.

“All these years, I’ve believed that the ‘powers that be’ in our government had my best interests at heart, even though I’ve always suspected that they were wrong, believing that their goal was to protect humanity from the knowledge that intelligent extraterrestrial life forms not only exist, but also continue to exist and aggressively control and invade any human life on Earth every day.”

The woman said she only disclosed her story because she wants to die through euthanasia and has nothing to lose. According to Matilda: she was the driver of a car that transported a particular military official, Cavitt, to the accident scene of an unidentified entity in July 1947, and she was expressly dispatched there as a skilled and experienced military nurse.
Matilda and the officer arrived at the crash site in the New Mexico desert, where the lady discovered the wreckage of a weird ship as well as the bodies of two aliens.

One of them was dead, while the other was alive and well.

Matilda began collecting “mental glimpses” from alien species when she attempted to communicate to a living stranger, which she mistook for an attempt at telepathic communication.

Officer Cavitt was interested in following up on this contact, so Matilda was assigned to the alien to follow her and converse with her, along with a detailed description of what she would explain or show Matilda.
As a result of this, the woman was promoted and her income increased. Matilda learned that the surviving alien was female and that her name was Airl during the “translation” process (Airl).

“Our conversation was not a commonplace colloquial speech.” Indeed, the alien’s anatomy lacked a mouth with which to communicate. We communicated through telepathy. I couldn’t quite get Airl at first. Thoughts, feelings, and experiences were visible to me, but they were difficult for me to explain verbally.

Airl was able to focus her feelings more accurately once she learned English, thanks to analogies and descriptions of concepts I may identify. Learning English has been quite beneficial to me. It was more for my benefit than hers.”
Matilda learns from the extraterrestrial that their visit to Earth was an expedition and that she was a navy commander, a pilot, and an architect. The Expeditionary Force, she added, is their command headquarters, which is located in the Asteroid Belt.

The presence of Airl was described by Matilda as a humanoid monster with a body the size of a newborn.
It was, however, a biorobot-avatar whose tissues were made of plastic and whose body could be occupied by a higher-order being — a true extraterrestrial. 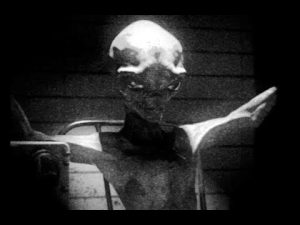 Airl did not supply Matilda with any information about her language or the location of her native world, which Matilda observed. She was uninformed of the army’s motivations and; as a result, she refused to give any important information to anyone.
The nurse took this as a serious warning, noting that if aliens aren’t healthy on Earth, it may be a major problem for humans. Airl described her civilization as ‘extremely powerful,” “very old,” and “all about transformation.”

LONG BEFORE HUMAN APPEARANCE,” Airl answered when Matilda questioned how long she had been investigating Earth.
Matilda also discovered the following:

“The Earth is a minor planet orbiting a galactic star. As a result, the Earth is physically separated from the more densely populated heavenly societies that exist closer to the galaxy’s center. Due to these obvious truths, the Earth is only suitable for use as a zoological or botanical park, or for present usage. As a prison, but no more.