This is proof that humans are at least half a million years old?

According to scientists, the discovered shell dates back to the time of Homo Erectus, a species older than the Neanderthals, which is known to be the oldest species in the world that looks like humans today

by TheStrangeTales
in Ancient, Science
A A

Although until now it was firmly believed that art and the ability to express it were typical exclusively of the modern human species, the discovery of the shell of a shell on which someone carved a few lines long before the ‘emergence of modern humans’ confused scientists.

Scientists have found in Indonesia a shell more than 430 thousand years old with human hand carved zigzag lines. Until its discovery, the oldest geometric shape made by a mammal was, according to National Geographic, “only” about 100,000 years old. 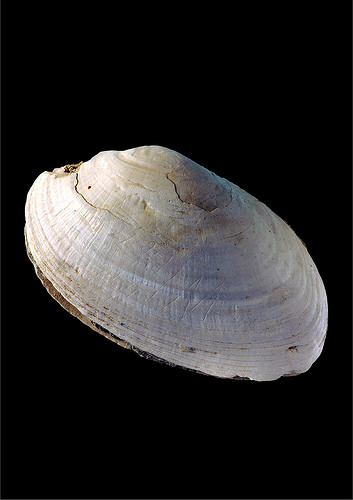 Namely, a drawing made by homo Erectus (upright man) up to 430 thousand years ago, was recently discovered by Australian scientist Dr. Stephen Munro, a researcher at the Australian National University and one of the authors of this study, and he could change the entire current understanding of our ancestors.

“This could lead to a new printing of human history,” Dr Munro told the BBC.

According to scientists, the discovered shell dates back to the time of Homo Erectus, a species older than the Neanderthals, which is known to be the oldest species in the world that looks like humans today. Homo Erectus was probably the first hominid to live in a hunter-gatherer community, and anthropologist Richard Leakey speculates that in terms of community life he was more like modern man than the Australopithecus who lived before him.

There are, of course, many other possible theories that scientists unscientifically reject, and one of them is that ‘modern humans’ have existed since the beginning of creation, along with all other types of human beings and dead animals. Many of the shortcomings of modern research into the origins of the human species are described in the book “Forbidden Archeology”.